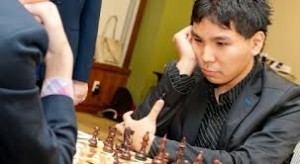 The 2012 PanAm Intercollegiate Chess Championship (also known as the World Series of College Chess) will take place at Princeton University on December 27-30. More than 30 top college teams are expected to compete for the prestigious national title.
There will be 3 universities from Missouri (Webster, Lindenwood, and Wash U) competing. Below is the list of some of the top teams entering this year’s national championship:
Webster University
Harvard
Yale
Princeton

The Pan-American Intercollegiate Team Chess Championship (“World Series of College Chess”) is the foremost intercollegiate team chess championship in the Americas. Organized by the United States Chess Federation, the Pan-Am Intercollegiate is open to any team comprising four players and up to two alternates from the same post-secondary school (university, college, community college) in North America, Central America, South America, or the Caribbean. The Pan-Am began as such in 1946 (there had been earlier versions open to U.S. schools only), and is held annually, usually December 27–30. It has been held in the United States for virtually all of its history; however, it was hosted in Canada four times (1969, 1971, 1984, 1999). The current format is a six-round fixed-roster team Swiss-system tournament scored by team points. Sometimes the Pan-Am Intercollegiate is held as part of a larger event called the Pan-American Chess Championships comprising the Pan-Am Intercollegiate, Pan-Am Scholastic Team Championship, and Pan-Am Open (for any individual).

Started in 1946, the Pan-Am has been held under various names and formats. For some years in the period 1945-1974 there was an individual college championship. Following Bobby Fischer’s victory at the 1972 World Championship, the popularity of the Pan-Am temporarily soared. Beginning in the 1990s, the Pan-Am has been dominated by powerhouse teams from schools offering major chess scholarships, particularly Borough of Manhattan Community College (BMCC), University of Maryland Baltimore County (UMBC), and University of Texas at Dallas (UTD).